Hunting Waterfowl in Alberta vs Saskatchewan

Where is The Best Location to Hunt Waterfowl in Canada?

Why Alberta is Better for Hunting Waterfowl

Before our days of guiding in Alberta we guided in northern Saskatchewan for 5 years. A few things over the years made us come to the conclusion that Saskatchewan waterfowl guiding is on the decline, so we moved to Alberta. 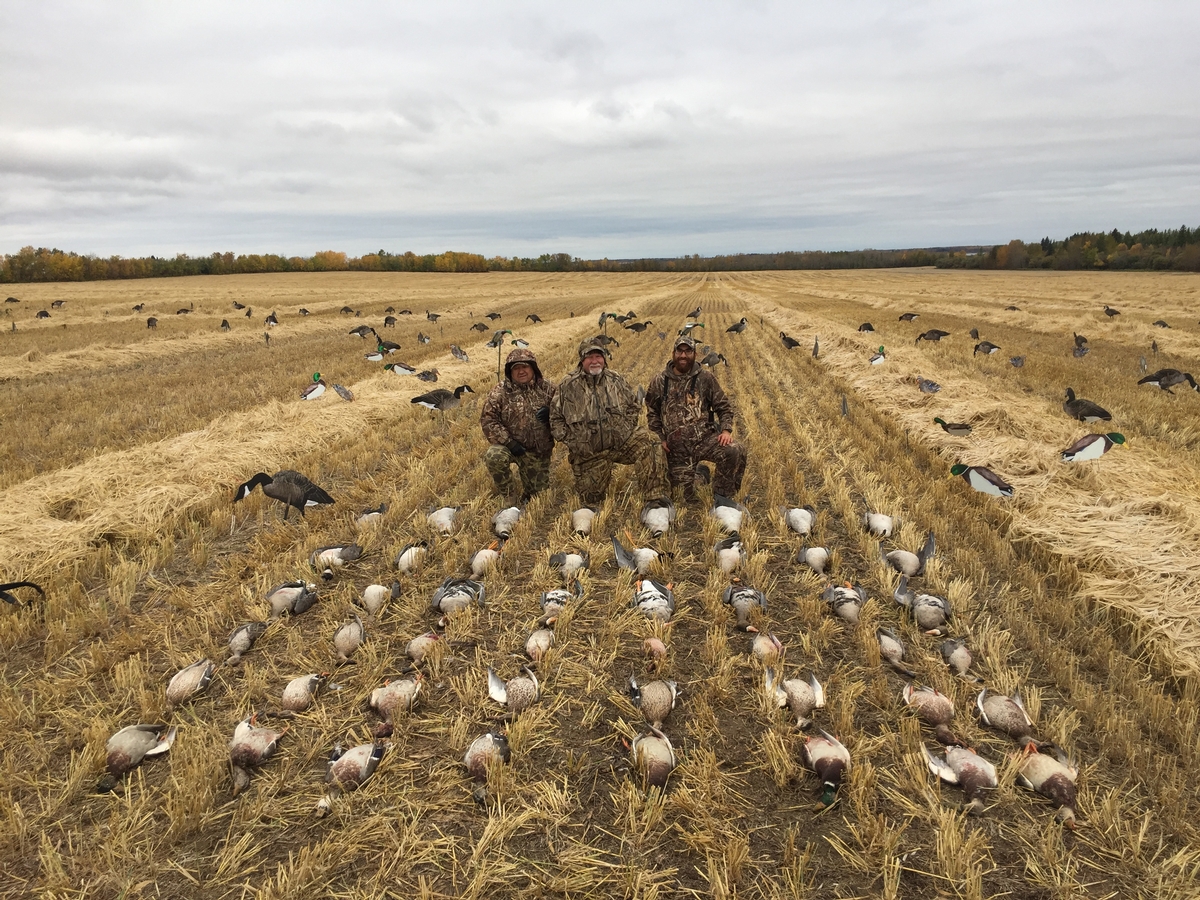 Outfitting is much more regulated in Alberta than it is in Saskatchewan, resulting in much less pressure on Alberta birds. Each zone in both provinces has an allowed amount of outfitters, this is supposed to prevent too many outfitters in one zone. The maximum number of allowed outfitters in each zone in Alberta is between 2-4. The maximum in Saskatchewan, often over 30. As a Saskatchewan waterfowl guide we battled with other guides for fields often, resulting in one outfitter getting the field while the other is left hanging with no where to hunt the next morning. With so many waterfowl guides in Saskatchewan the locals often give up waterfowl hunting as it’s often near impossible to get a field lined up. The pressure on the birds is so immense in Saskatchewan that patterning birds can be near impossible as they eventually stop going to the same field, always changing it up. On a typical day scouting in Saskatchewan the back roads are as busy as the city’s with so many people scouting. It’s not uncommon to see over 20 different spreads a day. In Alberta we are lucky to have a very regulated outfitting industry where we don’t have to compete with other guides for a field, We often go an entire season without seeing another Canada outfitter. 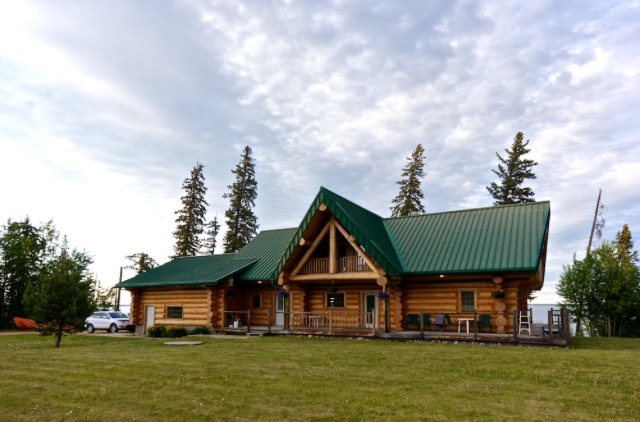 In the last 10 years, we have noticed a drastic change in the central flyway, the migration is shifting west. 10 years ago eastern Alberta had much fewer birds and spring snow goose numbers here were a fraction of what they are now. Every year we see more and more birds and outfitters all over Alberta and Saskatchewan agree, the migration is shifting west. Now we are seeing huge numbers of Canada’s, specks, snows, Mallards, and pintails all the way west to the foothills. Many believe that this is due to the high pressure the birds see from Saskatchewan to North Dakota, Kansas, Arkansas, Oklahoma, etc. The number of hunters in these states dwarfs the western states and the pressure on these birds huge. 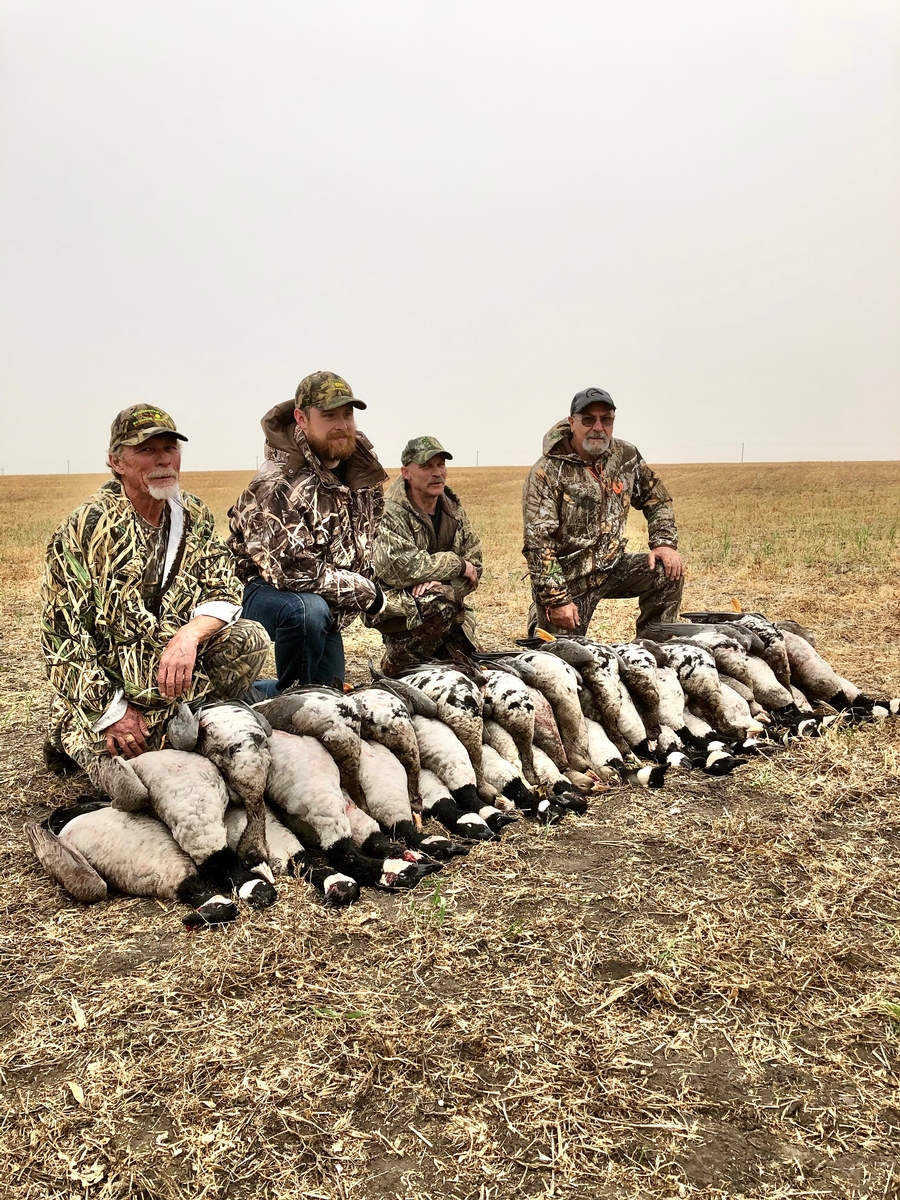 Another advantage we have over the Saskatchewan waterfowl outfitters is the fact that we can hunt dark geese (Canada’s and specks) in the afternoon. Saskatchewan waterfowl hunting laws state that dark geese can only be hunted in the morning until October 15, then they can be hunted in the afternoon as well. This limits hunting opportunities big time and creates many challenges for planning hunts. The spring snow goose limit in Saskatchewan is 20 per person per day, in Alberta it is 50 per person per day. All other limits are the same in Alberta and Saskatchewan.